We believe in partnership for collective impact in our community.

The need for community with others is at the very core of who we are as people. That’s what Jobs Partnership is all about. Our Partners are the reason why we are making an impact not only among the men and women we are upskilling from underserved communities, but among the very people and organizations that are co-laboring with us. Learn more about our Partnerships, and consider becoming one. After all, serving together is what we were made for.

We provide a proven way for churches to mobilize their congregation to serve in the community and train up leaders to collaborate with a diverse group of Church Partners to answer the Biblical call to serve others.

We train and equip Volunteers to work together as a team to facilitate the LifeWorks classes, provide mentorship to Participants, and even work on special projects and events. A variety of hands-on roles are available, each utilizing particular gifts and skills.

Our network of Employers represent a range of industries from healthcare to advanced manufacturing. As one of our Employers, you can recruit and hire qualified Graduates, participate in our exclusive Job Fairs, offer specialized training and provide Volunteers and Instructors.

Community organizations, educational institutions and government agencies can refer Participants to the LifeWorks Training, provide valuable resources, and access to accelerated skills training that leads to a better job for our Graduates.

Financial Partners include individuals, businesses and churches like you, who give generously to make it all possible. We call them our Transformation Team, because they are investing in changed lives in underserved communities throughout Central Florida.

‘I know God will be there’ 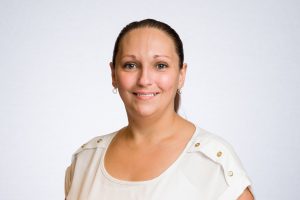 “I thought good things weren’t possible for someone like me,” LifeWorks graduate Carrie says. But God used Jobs Partnership and its network of partners to change Carrie’s thinking – and her life.

“Two years ago, I was sitting in a prison cell, lost and hopeless and sure I had messed up my life beyond repair,” Carrie says. After she rededicated her life to Christ, though, things started to change.

She was released from prison and moved into Lydia House, a transitional home for previously incarcerated women and a ministry of First Baptist Orlando. Through Lydia House, Carrie enrolled in LifeWorks at the West Orange Dream Center training site. 4 Rivers hired Carrie full time, and 1-800-Charity Cars gave Carrie a car at her fall 2021 LifeWorks graduation. Each of these organizations is a valued JP partner. Carrie also works for JP as a part-time site coordinator.

Carrie has her own apartment now, and hopes to regain custody of her son and niece and share her new home with them. She plans to return to school to become a speech-language pathology assistant.

“Even though I know there will be trials and things will be difficult, I know God will be there and provide exceedingly above and beyond what I can ask or imagine,” Carrie says.